Benefit's of the Pineal Gland 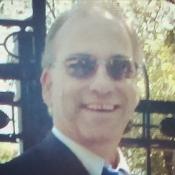 All Peoples Higher Abilities and Attribute are LINKED to Matrix Science seen on website,

The truth is Crazier than Science Fiction

All information and links are provided for Self Teaching. Consulting, is designed to simply speed up the Process, for those who are interested, but designed that nobody is left out. 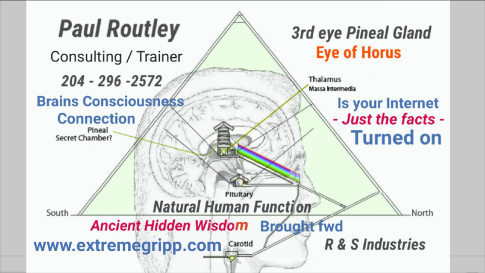 The Pyramid connection - When you align the internal schematic of the pyramid,  over your brain's anatomy, it Aligns with your Pineal Gland Limbi Just the Fact's -

When the pineal gland is not  calcified or DIRTY -  The liquid crystal can operate at a high enough frequency to function properly.  This is a natural function of the brains pineal gland.          - Just the Fact's -

Higher Wisdom / Knowledge is received though the Clair's, which are your physical and Intuitive senses.  CLAIRCOGNIZANCE  – INTUITIVE KNOWLEDGE Clear knowledge is when a person has psychic knowledge without any physical explanation or reason.

CLAIRVOYANCE – INTUITIVE VISION The ability to see objects, actions, or events distant from the present without the use of eyes is called clairvoyance. It transcends time and space and may be a result of what is seen through the third eye (sometimes referred to as our mind's eye) or the fourth eye.

CLAIRSENTIENCE – INTUITIVE KNOWING BY FEELING This refers to a person's ability to acquire knowledge by feeling. A person who feels the vibration of other people, animals, and places is clairsentient. There are many degrees of clairsentience, ranging from the perception of thoughts and emotions in others to their illnesses and injuries. This ability differs from clairvoyance because the knowledge comes only from feeling in the body. Clairsentience includes an individual feeling the physical and emotional pain of land where atrocities have happened; jealousy, insecurity, fear, or displeasure in others; or others’ physical pain.

CLAIRSALIENCE - INTUITIVE SMELL Clairsalience, also known as clairscent or clairscentency, involves smelling a fragrance or odor of a substance, person, place, or animal not in one's surroundings. These odors are perceived without the use of the physical nose and beyond the limitations of ordinary time and space.

CLAIRTANGENCY INTUITIVE KNOWING by TOUCHING Clairtangency is psychometry. The clairtangent handles an object or touches something and in doing so knows information about the object or its owner or its history that was not known beforehand. Clairtangency can also apply to touching a living being.

CLAIRTACTION – INTUITIVE TOUCH Is an archaic word defined as “the act of touching or making contact.” Clairtaction is the ability to sense being touched by a sptual being or entity and the knowing of information about that spirit. Further, it includes a telekinetic-like ability to extend a touch to both physical and etheric entities in such a way that both the recipient and the psychic have awareness of the feeling.  Empath. Empaths take on other’s emotions as their own. It can be exhausting, as they take on good or bad emotions from sometimes complete strangers. They do “taking a walk in someone else’s shoes” to the next level. It's as they feel the emotions of others deeply. Clairquantumness ( new word )  - The ability to muli task in your brain utilizing a higher state of concousness